All Events
All Series
Spring 2013

Explorations in the Medical Humanities events explore the enigma of how what we write relates back to the experience of bodies in different stages of health and disease. Our speakers consider how the medical and health humanities build on and revise earlier notions of the “medical arts.”

This series offers discussions, exhibitions, and performances to gather scholars, artists, students, curators, and educators who are working to bridge arts education, humanities research, and incarceration and, in the process, render visible the hidden histories of mass incarceration and radicalize arts pedagogies for a more just society.

In the context of the global pandemic, these events maintain and reimagine a conversation long established among humanists and designers, social scientists and health experts, artists, artisans and planners: namely, a conversation on Care for the Polis--on the relationship between medical practices of care, cities, and their publics.

As the world grappled to deal with the fallout from COVID-19, this special series of workshops explored the impact of the pandemic on democracies worldwide. The workshops were organised by the Trinity Long Room Hub Arts and Humanities Research Institute in partnership with the SOF/Heyman..

A forum for the discussion of books and ideas on justice, equality, and mass incarceration.

“Belongings” explores the capacious nature of belonging and belongings in various contexts with particular attention to the many ways in which its meanings intersect and interrogate the modern subject as a nodal point constituted by belongings: regimes of property; community and national identity; affective relationships and the desire to belong.

This lecture series offers a variety of disciplinary and methodological perspectives on the question of ambivalence as it relates to affects, effects, and operations of the aesthetic, modes of political action, forms of belonging, and regimes of governance.

This series is preoccupied with failure: the failure to address the climate crisis, to regulate capitalist greed, to ban guns, to repair systemic racism, to stop wars. Some benefit from these failures, others suffer. At the same time, failure can also be something systematic, structural, or inevitable is antithetical to the ethos of capitalism.

Lionel Trilling (1905-75), one of Columbia's most celebrated faculty members, was among the great humanist scholars and public intellectuals of the 20th century. In his memory, the SOF/Heyman sponsors a series of intellectual conversations, known as the Lionel Trilling Seminars. Select video and audio of the series are available on our Media page.

Writing Home is an outgrowth of our popular Critical Caribbean Feminisms events, which have been bringing together established and emerging writers from the Caribbean and its diasporas since 2015. Episodes feature contemporary cultural actors in conversation with Kaiama L. Glover & Tami Navarro.

Being in the World: People and the Planet in French and Francophone Cinema

The Inaugural Global Thought Lecture: “Living Side by Side: On Culture and Security”

Doxa in Aristotle: A Workshop in Ancient Philosophy

“What, Ultimately, for?” Trilling, Leavis, and the Limits of Cultural Criticism 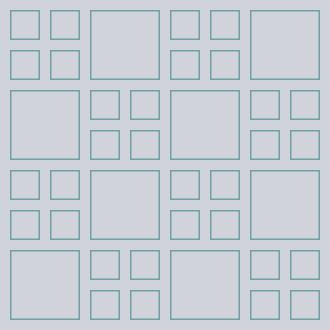 “You Live and Do Not Harm Me!”: Shifts in Approaches to Objects in Turn-of-the-Century Anthropology

The End of the Line: Kinship Imagined and Unimagined in Novels of the Haitian Revolution

Medicine, the Humanities, and the Human Sciences

A reading by Uzodinma Iweala

Past Series, The Writing Lives Series

Looking Down on Modernity: Aerial Photography and the Science of Social Space

Past Series, The Disciplines Series
April 8, 2013

The Rise of the South: Current Trends >> Future Possibilities

On Not Being Someone Else

Credulity: Enchantment and Modernity in the 19th-Century U.S.

Conceptualizing Gods through Statues: A Study of Personification and Localization in Chinese Popular Religion

Should Business Schools Have a Future?

Politics of the Present, The Money Series, Past Series

Animating the Memorial Topography of Hellenism: The Heroes of Philostratus

An Evening with Nick Hornby—in conversation with Saskia Hamilton

Understanding the Evolution of Development Thinking: From Growth to Human Development

Within Cold Blood: Freezers, Biological Anthropology, and the Remaking of Human Nature

The Strangest—a staged reading followed by discussion with James Schamus

Musicking at the Limit of the Human

Past Series, The Writing Lives Series

Thoreau’s Bed: Walden and the History of Modern Sleep

The Whistleblower: Kathryn Bolkovac—Peacekeeping and Human Trafficking in Bosnia

Nick Laird and Timothy Donnelly—reading and conversing with Robyn Creswell

Past Series, Poets at SOF/Heyman